If you’ve been following us for a little while, you will know how excited we we’re to get approval of our rental for chickens after our previous landlords rejected our request. This year, we got the approval and we started our chicken journey (check out our awesome chicken coop here).

We started our flock with 2 day old chicks, a light sussex and a plymouth rock. Unfortunately we won the rooster lottery with our light sussex (Butter the rooster who moved to the farm) so replaced him with a Gold Laced Wyandotte.

The Wyandotte is a beauty of a bird and a prolific layer. However after around 2 months of laying every day she decided it was a good idea to incubate these unfertilised eggs and sat in the nesting box and would not move. Our Wyandotte (Satay) was our first broody hen at only 6 months old!

If you allow your hen to sit on her eggs she can potentially be out of action for the time it takes the eggs to hatch, which is around 21 days.

After researching different solutions to stop her from sitting on eggs that would not hatch, we opted for a surrogacy program. A stealthy mission to trick her into thinking she had hatched her babies after just a couple of days of sitting. My parents needed to increase their flock and give Butter some companions so we decided we’d let her raise the chicks and move them to the farm.

We found a local breeder who was selling day old chicks and purchased 4 little fluff balls. We went out that night and popped the chicks under her one at a time, swapping a chick for an egg and waited to see what she did. She seemed to happily cluck and accept all 4 chicks so we left them to it. The next morning when checking on her, she had happily transitioned into her mothering role.

After a week they we’re ready to move out of the brood box and the hen had stopped the urge to sit on the eggs, so we relocated her to an area where the chicks weren’t at risk of plummeting out of our coop. 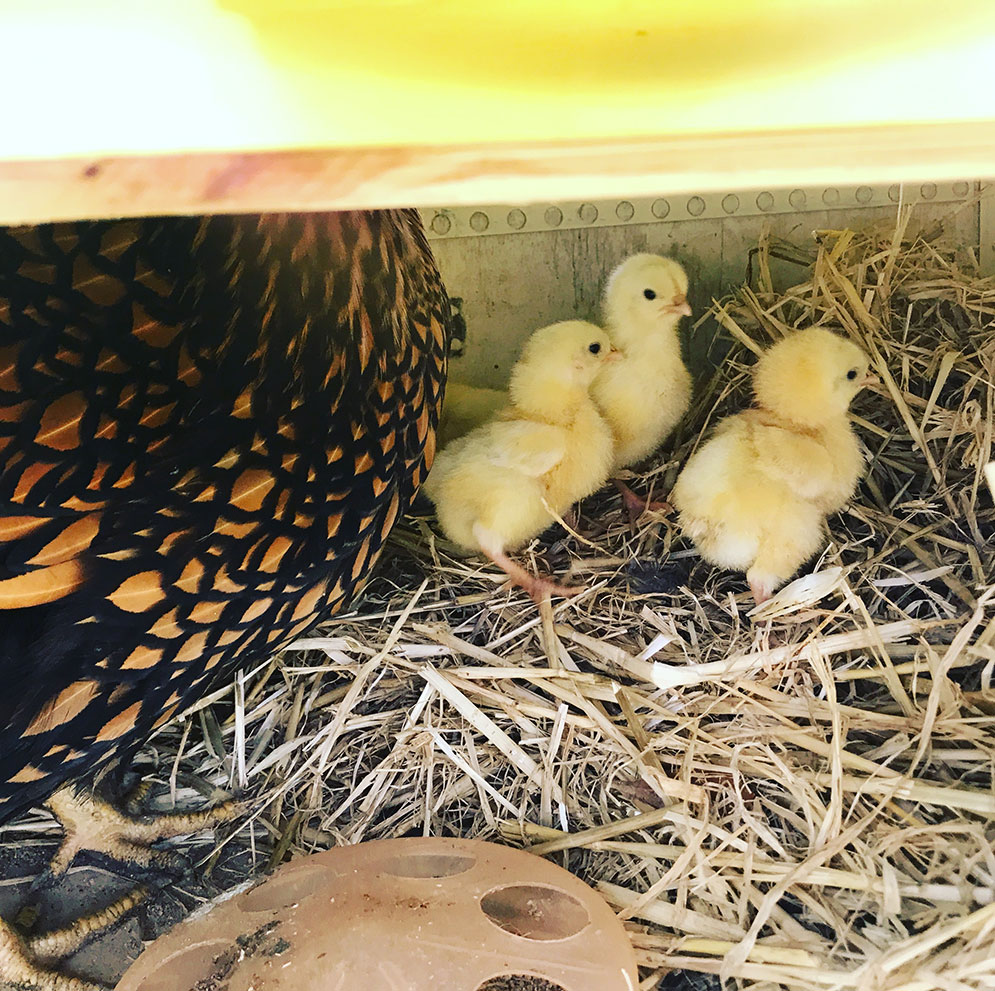 Risks of using day old chicks with a broody hen

There is a huge risk that the Hen will realise she has been tricked, and could potentially reject your chicks (literally to the death), so make sure you have a backup plan (aka a brood box to raise them). To prevent the rejection there are a few things that you need to know.  Firstly make sure they are day old aka born that day – not almost day old, ask the breeder when the chicks have hatched and make sure it’s within 24 hours. She will know.

Secondly limit your handling of the day old chicks. She will smell you on them and know something is off.

Do the mission of egg/chick swap at night and try not to disturb or upset your hen.

And lastly keep an eye on them as you never know when she may decide to reject the chicks. 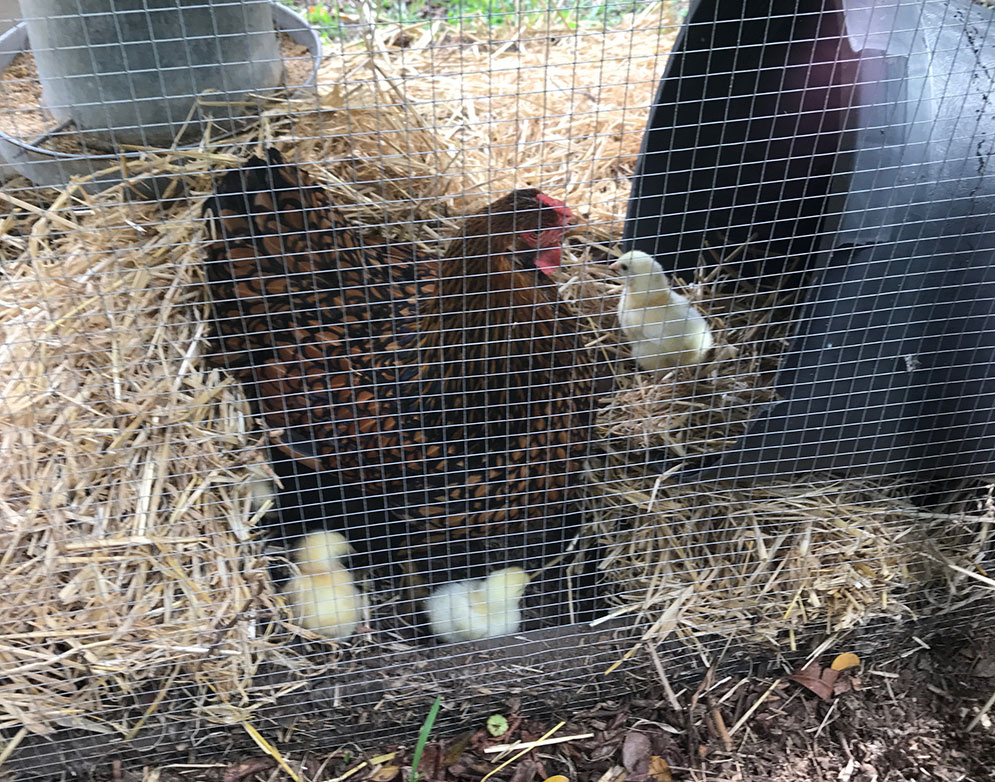 In our case, after almost 3 weeks our Hen did decide she didn’t like the look of one particular chick. So bad so she did start pecking at the poor thing in it’s butt. So we removed all of the chicks from her care (as the rejection happened so quickly and the damage she was doing to that poor chick was extreme) and put them into a brood box. Unfortunately the one who was pecked excessively did not survive.

We’re not exactly sure why she rejected the chick, but speaking to a few people, the chick could have been unwell and she was aware of it. We’ll never really know for sure.

Other solutions for broody hens

Next time we get a broody hen I’ll be trying a few other strategies that I’ll share with you here on our experience. Here are a few strategies I’ve been told about or read about:

When will they start laying again

Our Wyandotte started laying again exactly a month after we placed the day old chicks under her, and a week and a half after we took the chicks away from her. We’re not sure if it would have been quicker getting her to lay again by just letting her sit there for the 21 days and whether she would have just gone back to daily laying after she gave up hope of hatching eggs, or whether it would have been another month after that. We’ll have to give it a go next time. 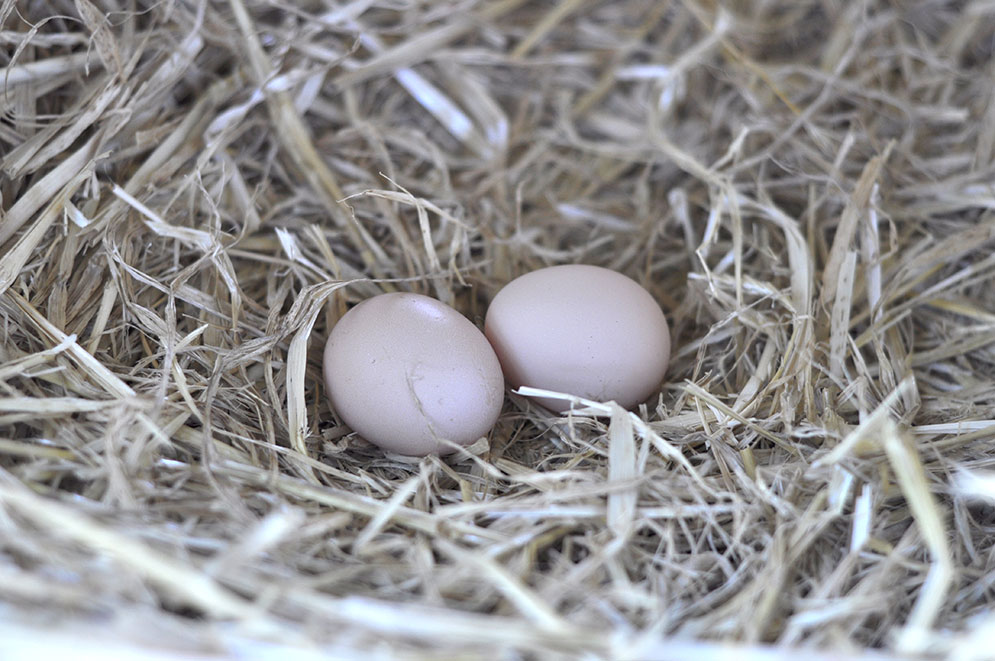 Have you had a broody hen? How did you deal with it?