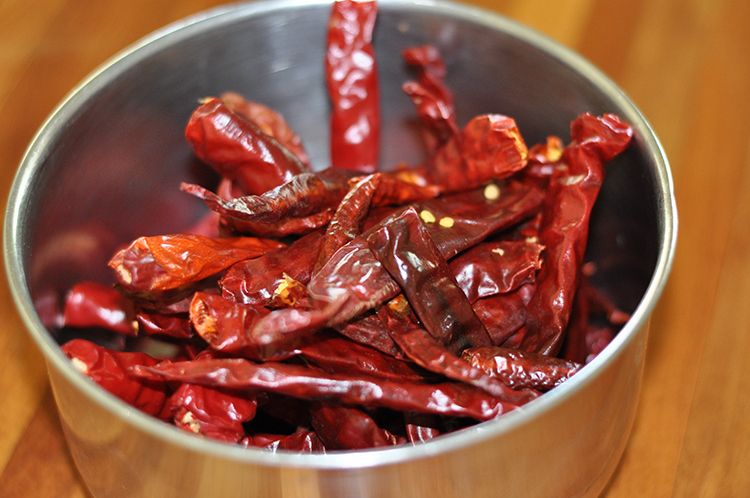 So recently I made Harissa and the recipe I was loosely following said ‘wear gloves’ to deseed the chillis. Me, being me, thought, OK I’ve never had a reaction to cutting chillis before, I don’t need gloves. Yeah yeah, you know where this is going.

After about 40 minutes of deseeding chillis I didn’t have any kind of reaction. I washed my hands and was done. About 10 minutes later, my finger tips were on fire. It seriously felt like I had stuck my finger tips into a boiling pot of water and left them there! The pain was real, so were the tears.

I was a bit skeptical of this remedy. To avoid the stinging eyes, this is the first thing I always do after touching a chilli. I’d already done this! But I tried again, it didn’t stop the burn that was infused into my skin, so I was right to be skeptical.

Well this generally works when you eat one or two hot chillis, skull some milk and everything is better. But cutting 50 of the suckers has zero effect. The cold milk was a temporary relief, but after turning tepid in just a matter of minutes, it felt like my fingers were heating up the milk.

Remedy no#3 – A bag of frozen peas

This provided temporary relief, although when the peas had defrosted the burn felt 10 times worse. Step away from the peas.

This was supposedly used to try and ‘dissolve’ the burning compounds. Tea tree oil usually works for most things, but on this occasion it didn’t work. Smelt nice. But didn’t work.

Similar to the tea tree oil. No joy here either.

I was getting desperate so I sent my husband out to fetch me some limes (and chocolate). I was banking on this remedy, the tip came from a Mexican lady who swore by it – it was to cut a lime and squeeze the juice onto your hand then add salt and rub. But nope, didn’t work for me. These god damned chillies had penetrated my skin and there was no turning back. The chocolate temporarily distracted me.

Remedy no#7 – Rub chilli leaves on the affected area

Nope. This just felt weird and I was also scared that it would make it worse while doing it. Infusing more chilli stuff into my skin, god help me!

A quick walk of the dog in the hot sun definitely took the edge off. I found that this was possibly the best relief, and I am not sure if it was just the distraction from the pain or the sweating out the burning compounds that did the trick.

Less the salt and add some soda water and DRINK. Ultimately, there was no way to make this pain go away entirely, so my advice is firstly, wear gloves and secondly just get drunk and hope it numbs the pain.

Normally I would say give me your remedies, but nope, I don’t want to know! I learnt my lesson. All I know is that a box of gloves is going on the shopping list for next time!