I’ve been thinking about making a wicking bed for a while now because I am lazy and sick of watering all of my pots on the balcony. We don’t have a hose upstairs, so it requires lots of trips with loads of water from our bathroom.

A recent episode of Gardening Australia prompted me to just do it.

What is a wicking bed/pot?

A wicking bed/pot is basically a fancy self watering pot, but it’s a little different. The plants get the water from a reservoir of water from below, rather than being watered from above you add water directly to the reservoir. It is supposed to save you watering so often as the water doesn’t evaporate from the top and the plants get what they need from beneath the earth.

My thinking of this is a) I’ve got some styrofoam boxes sitting under the house that are just collecting cobwebs, and b) if I don’t have to water the plants every day then that’s a win for me!

So for my upcycled styrofoam box, here was my rough plan. 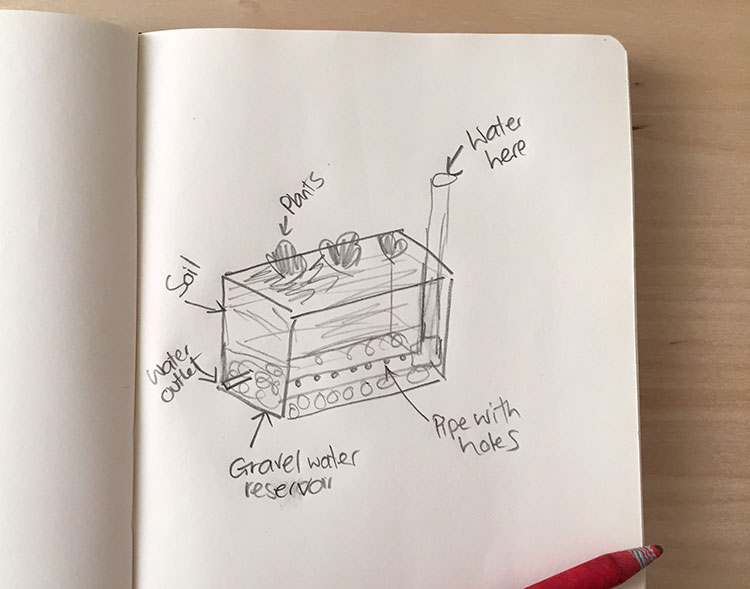 We just used stuff we had lying around, and had to go buy a few bits and pieces.

I used PVC pipe with an elbow, the part that lays along the bottom I drilled a bunch of holes across, I cut it (well Nathan did) to the exact width so it fit snuggly. At about 10cms from the base I popped in the offcut of poly pipe through the styrofoam box to create a drainage hole. 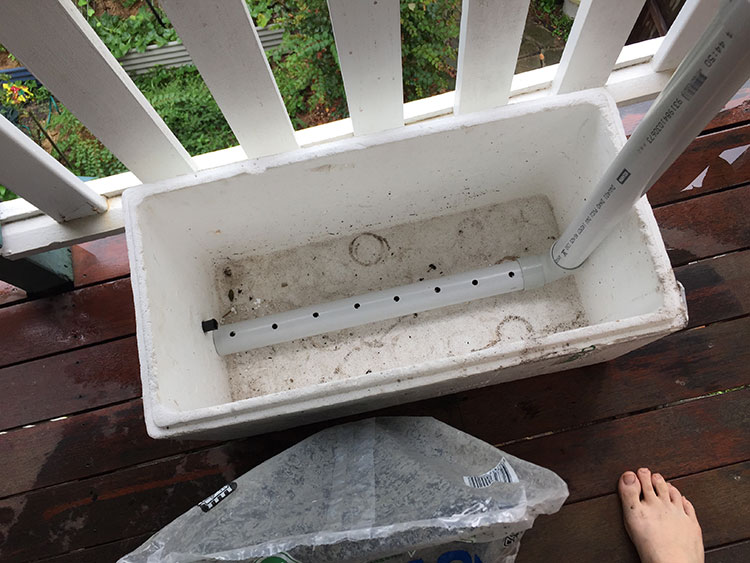 I added a layer of gravel to just cover the overflow outlet.

After the gravel popped in a divider cloth so the potting mix doesn’t mix with the gravel. I just used a weed mat, I am not yet sure if this is the right choice but I’ve heard Geo Fabric (the stuff that plumbers use) or shade cloth will work well.

Next up I filled it up to the top with a good quality potting mix and then watered the soil well, which also tested the drainage was working well.

Then added my plants, some mulch and wrapped it with a left over table runner from our wedding to make it less ugly.

I’ll pop back on to post an update with how it’s all going. I am not super keen on using PVC, so if anyone has some other design options to drop that out I’d love to hear!

Have you made a wicking bed pot before?