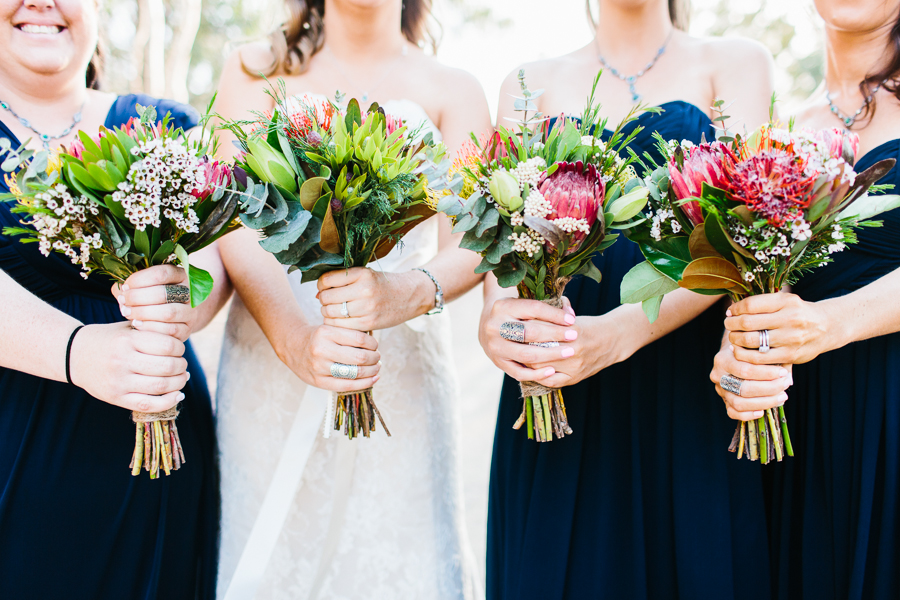 Our wedding day was a pretty good day. We’ve had loads of great feedback which is fantastic, that’s what it’s all about. Fun times. Celebrating love and stuff.

There are a few things that I wasn’t entirely happy with and if I had the time over I would have done it differently. I’ve been thinking about it a bit so really just want to get it off my chest.

I didn’t think I was the type to turn bridezilla. But I DID. I think it comes with the territory. I didn’t stamp my feet or anything crazy like that, but I inwardly imploded which made it weird for those who knew me best.

So here are my 3 life lessons from our wedding.

Lesson 1 – just because people say they can, doesn’t mean they can.

I had been consulting with my hairdresser prior to the wedding and she had developed a strategy to make my hair look as natural as possible after I said I didn’t want to alter the colour (after a very long process of going from very blonde, to essentially black and back to my natural colour which is a dark honey blonde).

I saw her 3 times prior to the wedding, the first time she said we’ll pop a semi-permanent in to ‘brighten’ it up. It made my hair look dirty.

Second time I saw her, I said let’s not do that again. Then she suggested foils, and I said, OK But I don’t want the chunky bogan ones. I walked out with chunky bogan foils.

Silly me I should have learned, I went back for what was supposed to be a roots fix up just before the wedding, I figured I would book in a few weeks before the wedding, unfortunately she was away until the Tuesday before the wedding.  So I said again, not chunky and maybe a little more my natural colour (honey blonde not white). She’s a very good sales woman to say the least and she suggested to put a toner in to smooth it out. I honestly had no idea what a toner was but I trusted her and agreed.

When she was drying my hair off, I noticed that my hair that was once a honey blonde had been muted into this awful dirty brown. It was then that I asked her what a toner was. Yep my mistake, but essentially she put in a semi permanent that made my hair 3 shades darker than my natural – fixing her mistakes. She rushed me out the door as her next client had arrived, and when I got home I was devastated, I rang her to try and fix it but she didn’t return my call until the next night, I had already endured multiple panic attacks and had sourced my bridesmaids hairdresser to fix it as much as he could. $500 later…

On to the eye brows. I normally don’t get said hair dresser to do my eyebrows, but she had been telling me that she can do a great colour match that beauty therapists can’t. So again gullible me, I liked her, she’s been doing this for so many years, I agreed.

She raped my eyebrows.

Firstly they weren’t even. Secondly she took a huge chunk that had never been taken before! Thirdly she bumped them up to almost black. I felt like I had grubs on my face and was in a constant look of disbelief.  Luckily one of my bridesmaids is an eyebrow fixing queen and was able to even them up. It’s also worth noting that anti dandruff shampoo in your eyes is not much fun (but it’s a great hair-paint-stripper).

My beauty therapist was pretty peeved off when I told her after the wedding, she’s in recovery mode now and I have to look like a mong until they are fixed.

So as a result of running around to new hair dressers to get my hair fixed up, I lost an entire day that I had planned on sorting my own flowers. I went to a local ‘wholesaler’ who told me the price for a native flower bouquet was going to be $180. I pointed to a bunch on the ground that was exactly what I wanted that was $25 in the display, and they still said $180. I walked away feeling a bit yuck. I wasn’t getting fancy roses or flowers that needed wiring, I just wanted a rustic bunch of natives Australian flowers.

Nathan came to the rescue and found a florist who agreed to do some bouquets for less than half that price (a quarter the price for the bridesmaids). He sent me a picture of the natives they had in stock, and then called me and handed over the phone to the florist. I had a conversation with the her and I told her that’s what I liked however I don’t want the red flowers, any other colour but red.

Lesson 3 – You only get good photos if you’re extremely good looking.

You know the things that you care about the most I guess has the you place the highest expectation. The photographer was something that I didn’t want to skimp on so I went searching for the style I was after, I still had a budget, but it was one of the highest costs of our wedding aside from food. I contacted a bunch of photographers and most were booked out (our engagement to wedding was 4 months so most people are booked well in advance of that). I was panicking as we hadn’t found a photographer and were about to head to Canada for a month. When the first photographer that I contacted, finally returned my email (like 3 weeks later) saying he was free I was so relieved. Although the delay in response should have been my first clue. Communication clearly wasn’t his strong point.

He was really great on the day, hipster kinda dude, very nice, very likeable. I barely noticed him. Which is kind of what you want from a photographer right?

After sick of being harassed by family members about ‘when are the photos coming’, 4 weeks after the wedding I sent a polite, ‘how’s it going’ email. A quick response, not one, but two deaths in the family. Fair enough. I left him alone for another 4 weeks and then started to wonder if I should chase him again. I hate the chase up email, so I was avoiding doing it to him, especially after the deaths in the family, but it had been 2 months with no update or any indication. Shortly after considering a chase up, I saw a post on his facebook page ‘sorry we’re behind, usbs are on the way’. I figured that didn’t mean ours, we didn’t get a sneak peek, we didn’t get an email to say they were on the way. Just a random facebook post to all his fans, not his paying customers. I got a usb stick on Christmas eve filled with annoying confetti that I am still picking up off the floor.

Perhaps this bitter taste was the precursor to my under whelmed appreciation of the photos themselves. Maybe it was the confetti that tipped me over the edge (I am just so freaking glad it wasn’t glitter!).

I was devastated when I saw that my best friends kid photo bombed every single photo of me walking down the aisle with my dad, after I just roused on him for trying to pick up my dress to carry it down behind me which I guarantee you it would have ended up with me face planting (I am pretty good at the old face plant). If the photog had of just moved a little to the right it might have been avoided.

We have a billion photos of the same thing. Yes to be expected. But he could have barged his way through a bit more to get better variety of shots. His ability to be like a shadow did a great injustice of the ability to get a great shot.

The photo of my family, there is only one. My mum is talking and Nathan is walking away.

On top of that, every photo had been run through some over exposed filter, which is fine for the ceremony but the whole mood of the reception area is like someone turned on the ugly lights. Very disappointing. We paid a lot of money for all those freaking tea lights, capture the mood god damnit. Lucky for the polaroid as we got some great shots on that.

I don’t know, maybe we weren’t pretty enough for him to give us extra attention. Maybe I expected him to photoshop out my wrinkles and double chin or straighten my nose. Maybe.

All is not lost, we have one or two photos that we can choose from the day and I guess that’s all you really end up putting on your wall.

Anyway that’s my rant.. In hindsight it isn’t so bad, but it’s sad, at the moment every time I look at the photos I think of dirty hair, grub-like eyebrows, red flowers and the ugly lights, minor stupid little things, when really I need to let that go and focus on the amazing day that I married my best friend.

2 thoughts on “3 life lessons from our wedding day”